Skip to content
No Comments on YouTube Ban on Gambling Channels Evokes AngerPosted in Uncategorized By Jean GabrielPosted on September 30, 2017September 30, 2022

Google’s video sharing platform, YouTube was lately acting like a moral police by removing videos and channels that it perceived to be unsuitable to certain sections of viewers. The channels that were earlier removed were those that had contents of hate speeches or copyright infringements. While these moves may be justified, it’s recent move to ban all channels owned by online casinos make little sense, especially in countries where betting and gambling are legal and controlled by the government. 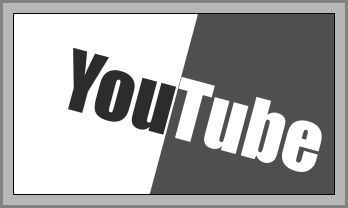 that they have been subscribed to on YouTube have suddenly vanished. They were not given any warning before the removal of the channels by Google officials and when contacted they were told that the channels were removed due to ‘multiple or severe violation’ of Google’s terms and conditions. If you are wondering how some channels that were legal so far suddenly became subjects to term violations, some online forums have the answer. The forums report that Google has made some silent changes to its Terms and Conditions recently, which now categorizes any video with contents about gambling as illegal.

The act has resulted in outbreak of anger from the gambling world. The removal of popular channels including Gamingslots and Slotjunkies citing the revised set of rules are said to be made without any consultation with any YouTube members.

The irony is that a majority of the channels did not deal with the promotion of online gambling, rather were more concerned with educating gamblers about various methods of game play, which would help them play better. Some of the videos were entirely devoted to helping players distinguish between legit casinos and the fraudulent ones. So YouTube’s decision to ban all channels that posted videos relating to gambling has gone off the cliff.

Though the move was in view to protect YouTube users in countries where gambling is not advertised, the worldwide ban is unreasonable to citizens of countries where betting is legal. With this, the online casino world just might find an alternate refuge and transfer files to video-sharing website Vimeo.